In my previous posts, I talked about essential amino acids and how important they are for your dog.  Now I’d like to talk about Essential Fatty acids, which sound similar, but are very different chemically.

In chemistry, every atom in a compound has a number.  Omega-6 and Omega-3 fatty acids get their names from the position of the first double bound towards the end. Again, they look very similar when they are drawn like this, but to a dog’s cells they are very different.

Many of chronic diseases in the west such as cardiovascular disease, diabetes, autoimmune disease, rheumatoid arthritis, and even depression are associated with chemicals in the body that increase with a high Omega-6 : Omega-3 ratio.  It is thought that humans (therefore maybe domestic dogs) have evolved with an Omega-6 : Omega 3 ratio closer to 1:1.  What is the ratio in today’s fast food world?  Closer to 16: 1.

And dog food has followed that path too.  In fact, Omega-3 Fatty acids aren’t even a required nutrient for dog foods (although most dog foods have some amount). Most dog food is based on red meat, which has a very high amount of Omega-6 fatty acids.  As I mentioned in my previous posts, red meat is important for its variety and amount of protein.  But when it comes to Tsuki’s diet, I try to keep an important balance.

Fish is the best meat source for Omega-3 fatty acids, so I feed her meals with fish as often as I can.  Also, if I am feeding her red meat or chicken (her favorite), I either sprinkle on some ground flax seed, or put in a little flax seed oil.  Flax seed has some of the highest amount of Omega-3 Fatty Acids available in plant form.

The key here is balance.  Everything has its place in a diet.  The key is to be aware of what is good for your dog, and to include as much variety as possible. 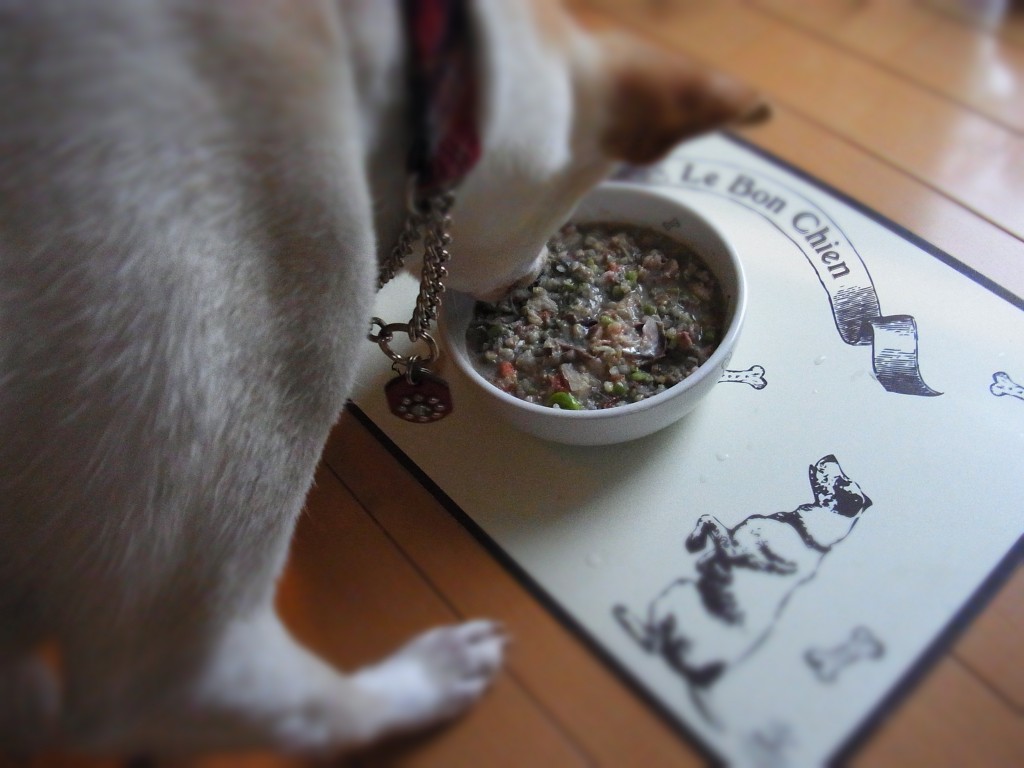 Tsuki, enjoying a meal with fish